Ryan O'Meara Official
Get the goss!... 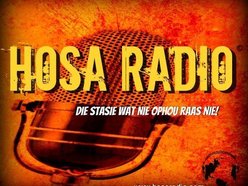 Ryan O'Meara to appear in MusicSound.Rocks magazine this month! 06/2015

Prior the the release of Ryans 2nd album 'Stepping Stones' this August. MusicSound.Rocks Magazine will be interviewing Ryan about the new album and how his music career started out. In this interview we will be finding out how it all started for Ryan and what sacrifices he has had to make for his music. We will also get an insight into how Ryan writes his songs and where his ideas and influences come from. The interview will be published in MusicSound Magazine this month. The interview will also be available to view here upon publishing so keep an eye out to find out what Ryan said. 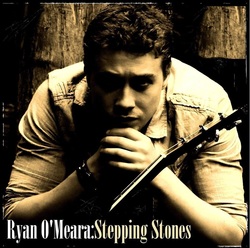 "Songs & lyrics are building up! Nearly time to get back in the studio and turn these ideas into mp3's i think!"

"After the release of my 1st solo album "A Change Of Events" in January last year it has landed me with five radio played songs on stations such as "Lionheart Radio", "Amazing Radio", "Croyden Radio" in London, and South African station "Hosa Radio." "A Change Of Events" also includes the song "Land & Sea" I produced, featured and co-wrote for South African rapper Jackson "Jay 5" Visser which landed Jackson with an international record deal with Itchycoo Records, London. The album also landed me with a Licensing Agreement for sink opportunities that would see my music featured in film and television."

"I am now announcing the release of my 2nd solo album "Stepping Stones." The album will consist of 15 original songs including the already known "Rivers", "Gone" and "The Death Of Me" which has already been snatched up by "Croyden Radio" in London. "Stepping Stones" will be released this year."
-Ryan O'Meara

[For any details or questions on this new release please don't hesitate to ask by email at:] [ryanomearamusic@yahoo.com] 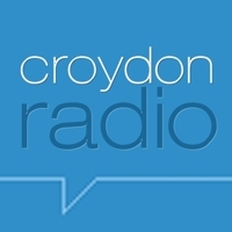 Ryan O'Meara's song "The Death Of Me" may be his darkest acoustic/folk song to date! The song starts with the sound of thunder, rain fall and the on going ringing of an unanswered outgoing call that works as part of the actual beat itself. This plays a major symbolic part in the production as it creates the atmosphere of being intentionally avoided by someone you love. The lyrical content of the song relates to the similarity's in death and heartbreak. ("I'm falling for the nail in my coffin, looking at a dead man walking. You've got me on my knees. I'm stuck on the green mile, and your watching me walking as i'm watching you knock in the nails to my coffin")

This song was 1 of 4 original tracks released on Ryan's 1st E.P in September this year. This month "The Death Of Me" has been snatched up by Croydon Radio giving the track its first radio audience over London. Since its debut it has secured a regular spot on Croydon Radios play list and has been playing all month. 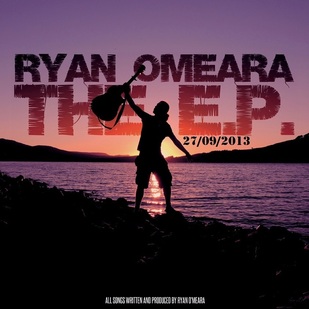 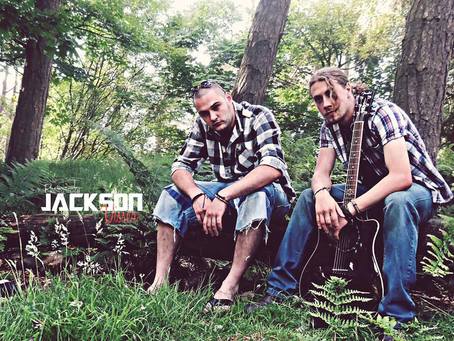 Two young West Lothian men, who formed a life-long friendship after meeting at school when aged just seven, look set to take the music scene by storm.
Jackson Visser, also known as Jay 5, met Ryan O’Meara when the O'Meara family moved to Livingston from Ireland.
The boys, who live in Carmondean, struck up an instant friendship, which continued right through to their days at St Margaret's Academy.
Singer songwriter Jackson has just signed an international licensing agreement, which will see two of his latest compositions promoted world-wide.
The signing last month by Itchycoo Records, who are based in London and Spain, will see Jackson’s songs included in the company’s CD compilations, which are promoted in the UK as well as the massive music markets in Japan and Korea.
Jackson performs and produces many of his songs with Ryan, who is also carving a name for himself on the music scene.
The pair, both aged 23, have been writing, performing and producing songs together for over five years under their own Geer Records label.
Visser’s South African heritage and O’Meara’s Irish background can both be heard in their music, giving a powerful twist to their unique hip hop style which they call Rap ‘n’ Roll. Rap ‘n’ Roll will be the name of the new album they are currently working on for release in November and is also the title of one of the songs licensed by Itchycoo which was released on 5 August. The second song, Land and Sea, will be released on 17 August and will also be available from iTunes shortly.
Jackson (on the left of the picture) said: "It’s great to finally get some recognition for our music. Our style has been constantly changing as we explored new directions, but we’re confident that Rap n Roll, which taps into sounds that resonate from both our backgrounds, is producing some of our best sounds yet.
"We’ve laid down about half the tracks for our forthcoming album which we’ve been sharing on our facebook page, and initial feedback is very positive."
Rap ´n´Roll can be found on iTunes at:https://itunes.apple.com/gb/album/rap-n-roll/id672201470?i=672201480 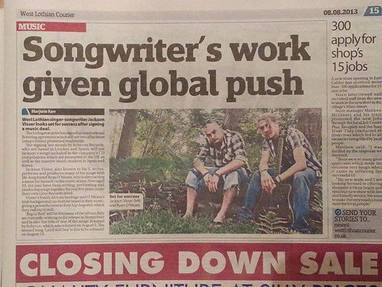 The signing last month by Itchycoo Records, who are based in London and Spain, will see Jackson’s songs included in the company’s CD compilations which are promoted in the UK as well as the massive music markets in Japan and Korea.

Jackson Visser, also known as Jay 5, writes, performs and produces many of his songs with life-long friend Ryan O’Meara, who is also carving a name for himself on the music scene. Now aged 23, the pair have been writing, performing and producing songs together for over five years under their own Geer Records label.

Visser’s South African heritage and O’Meara’s Irish background can both be heard in their music, giving a powerful twist to their hip-hop style which they call rap’n’roll.

‘Rap’n’Roll’ will be the name of the album they are currently working on for release in November and is also the title of one of the songs licensed by Itchycoo, which was released on August 5. The second song ‘Land and Sea’ is due to be released on August 11. 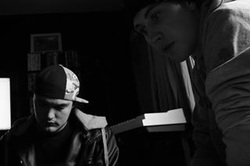 South African rapper/producer Jackson 'Jay 5' Visser has flown from South Africa to the UK this month to team up with singer/song writer Ryan O'Meara to start pre-production for a collaboration album called "Rap 'n' Roll" The album will include previously recorded songs "Land & Sea" and "Rap 'n' Roll" which will be released in part in August of this year by London Based record label Itchycoo Records.

"In 2012 I was going through a lot of changes musically," Ryan Said. "It was a year of experimentation for me. Although I had a lot of passion for playing instruments, it remained behind closed doors in my early teens as i focused on a career in Hip-Hop with Jackson. Although, i was very closed minded back then. It was rap or nothing for me. As i grew, so did my appreciation for music as a whole. My passion for acoustic/folk and other genres started growing stronger. Before long, my love for acoustic music was on par with hip-hop, but by that point I had already developed an underground fan base. The thought of giving up on rap music to then take on a whole new genre kills me. So I had to find a balance. I began mixing genres to see what i could come up with. After recording a few songs with this new idea, feedback was better than it had ever been. I began pre-production for an album that would open more doors than I expected. I called it "A Change Of Events." It was then Jackson asked me to produce Land & Sea for him using the same idea for a change of events. The song landed him with an international record deal. After the success of Land & Sea, a song in which we mixed hip hop with acoustic guitar and rocky riffs, it planted a seed that just started to grow into a full album. It was a whole new genre of music we called Rap'n'Roll. We want to introduce this sound to the music world"

Although specific release dates have not yet been given, it is said that the album should be released around October/November 2014. 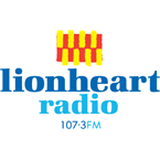 Ryan O'Meara songs "Sleep Deprived Girl", "Sun Rise" and "Rivers" from the Debut Album "A Change Of Events" are to appear on Lionheart Radio starting on Saturday 22nd June, 2013. Lionheard  Radio presenter -Fiona Elcoat- will be playing the tracks every Saturday night for the next few weeks. Tune in at Lionheart Radio, 107.3 FM on Saturday, 22nd, June, 2013! 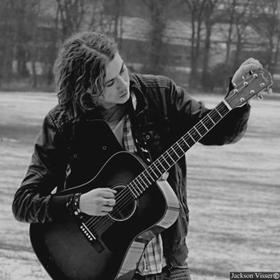 West Lothian based singer/song writer Ryan O’Meara, 22, has been writing and playing his own songs since his early teens but the launch of his appropriately named album, “A Change of Events” is his first attempt to try and make a living from his music.

Originally from Ireland, but moving to Scotland with his family at the age of seven, Ryan O’Meara draws on a range of musical influences: acoustic, Celtic, folk, bluegrass and hip hop beats. His unique style brings together voice, rap, guitar, piano, fiddle, tin whistle and more.

“A Change of Events” is something of a departure from the musical style that Ryan has been pursuing until recently. As a hip hop artist going by the name of RNO, Ryan formed part of double act known as Geer with South African rapper Jay 5.

But a move towards the acoustic guitar, and back to his roots, has seen a completely different style emerge.

Whilst hip hop influences can still be heard in the track “Sleep Deprived Girl”, they don't predominate, and the mood is altogether lighter.  And all traces of hip hop have been erased from songs like “The Falling” and “The Tide”, which are overwhelmingly Celtic in style, blending guitar, fiddle and tin whistle.

Musically, Ryan is entirely self-taught, though there were considerable musical inputs from both sides of the family. He speaks about his father as an “amazing guitar player”, and developed an affinity for the fiddle from his mother’s family, making an appearance at Howden Park Centre in Livingston with a bluegrass band from the USA at the age of twelve.

Ryan draws very much on his own experiences for inspiration for his songs.  He describes how one of the songs on his new album, “Brick and Stone”, came about.

“After flying back from Ireland one night, I found myself with just enough money to get a train back home. As it turned out, the next train home wasn’t until six the next morning, and so, with the station locked up, I ended up having to spend a night outside Waverley on the freezing cold pavement. Across the street a homeless girl was sleeping with a sign that read: "Please don't judge me...I'm just down on my luck".  I was immediately inspired and spent the rest of the night writing Brick and Stone.”

Another track on the album, “Sun Rise”, is a poignant song which describes the dedication but mentally exhausting effect of chasing his dream.

“Making a living from my music is a dream for me,” said Ryan. “Now that I’ve made a start, I realise that there is much more work involved than first meets the eye. But it’s all I ever wanted to do.”

With ten solid tracks, including the bonus track Land and Sea in which Ryan features with Jay 5, “A Change of Events” has every chance of living up to its name.